Season 6 of the arrow is one of those well crafted seasons with more than 2 super villains lined up to threaten Star city. Well, Arrow executive producer Marc Guggenheim has teased the season finale as a game changer with a more effective approach applied by Oliver Queen who by the way is planning to go solo with no backup.

I’ve been saying it’s an unconventional kind of finale. It still feels very much like a season finale. When I first started talking about it we hadn’t written the darn thing yet, but now we’ve written it, and we’re in prep on it, and on Monday we start shooting. And it’s a real game changer,” 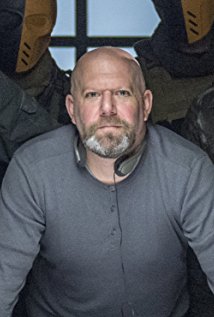 Talking about the Dc legends season finale. Marc Guggenheim cleared the air about Oliver’s new plans and promised season 7 will feature tougher villains. Adding to what Arrow fans already know, Diaz’s actions recently granted him a secret office at SCPD with partial control of the city after Oliver’s impeachment.

The show fundamentally changes in the finale and I think you’ll see there’s stuff that we were seeding back in the season premiere that finally comes to fruition here in the season finale, so you’ll see that there was a very specific plan to the entire season

However, Marc also confirmed Stephen Amell’s recent comment on the season finale that any big events in the finale cannot be undone. as he asserted that

“That is, yes, that is exactly true. In fact, it’s the kind of game-changer that we’re not going to buy back at any point. It fundamentally changes the show” Guggenheim said

[irp posts=”2758″ name=”Team Arrow splits up, What next for Oliver queen as his identity as the green arrow has been revealed”]

Therefore as Oliver plans to redefine the best way to take down Diaz with his Season 1 mission plan. The Season 6 finale will be a blockbuster that will pave way for season 7.

Will Oliver Reveal His Identity in Arrow's Season Finale? - Superfans

[…] spoke concerning the finale in an interview with TechPointMagazine. Describing the general episode of season 6 as “unconventional” Guggenheim additionally […]

0
Reply
From our Partners