Asphalt Nitro as the name states is a fast racing game designed and developed by GameLoft which is one of the leading mobile game developing company.The Asphalt game series where introduced way back from 2014 where Need for speed was the most popular games and gave a new trend and design lead to other game developers Gameloft in particular developed asphalt game series specifically desined for phones as opposed to EA sports who had put their main focus and lead on developing computer and play station games.With the asphalt game series here is asphalt nitro the ultimate game you should definately give a try. 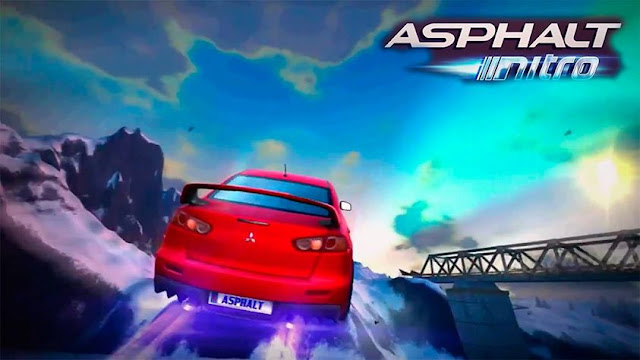 Developed for smartphones,asphalt nitro is a great racing competitions game divided into seasons where you can either choose to unlock by racing against opponents and gain ranks that unlock extra seasons of this amazing game Or pay a fee and get these rankings at a cost inorderfor you to enjoy the ultimate extra exciting seasons on the go.
Asphalt nitro is a cross-platform app meaning you can lay the same game on android,apple ios,windows with the same amazing experience,Best of the game is that once you are signed in to the game whether through your google/ facebook accounts your game data is synced up on the asphalt servers meaning even when you format your device the game data is still retrieved the next time you reinstall the app or sign in again on whatever device you use,How amazing is that? For instance assuming you have been using a microst lumia and you wish to shift to an android device you simply just shift install the game on your new device and you good to go,all your purchased cars,ranks,points,credits will all be got back with just a tap which is hustle free,”Does your current racing game do that?”. 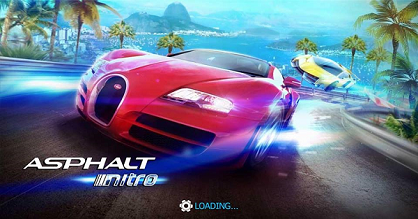 Here is what makes asphalt nitro special,you dont need to tap your screen inroder to accelerate and race nor tap the screen to make turns.All you have to do is tilt your screen to turn as acceleration is automatic,to make a drift you just have to touch your screen for brakes while turning then make a stunt.
Amidst the amazing racing experience asphalt nitro also provides a friendly user interface,low memory consumption meaning your phone will not always lag while playing but rather race smoothly against your opponents whether online and facebook opponents or against the inbuilt race opponents. 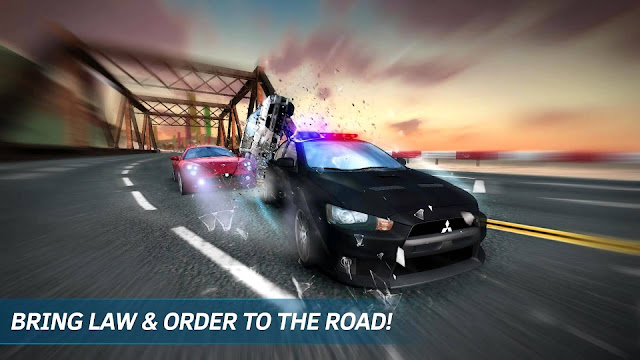 The most amazing experience you can ever have in any racing game is to be cop and not the one being chased around all time.In Asphalt nitro you become the cop in specific races and bring law and order on the street while racing against the rivals meaning you take down bad drivers on the road all blended with your favorite car.Top licensed cars you can always never miss to drive in asphalt nitro include:Mistubish Evo9 “Popular in Ugandan Rallies with Top Drivers Sebuguzi,magat,Desh” Lamboghini Gallado,Ferrari,Bughatti Among other amazing cars you can always aquire on the go. 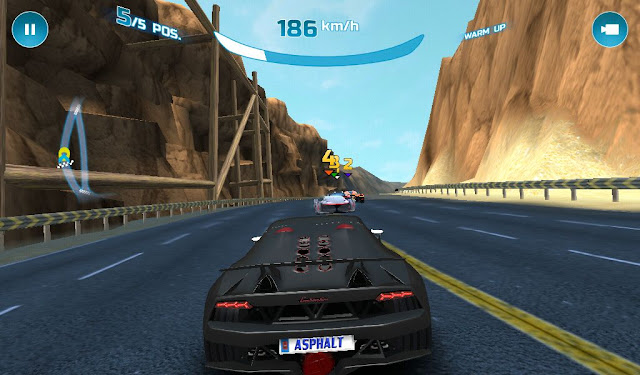 Asphalt Nitro will bring out the ultimate racing experience in you.Enjoy it today from your favorite mobile store and Feel free to Leave a comment below.

How to Access and Use the Hidden PS5 Web Browser

How to easily buy Playstation Games Online in Africa