November 2016 The Bank of Uganda issued out a public statement about the closure of Crane bank ltd, This was a very uncertain action and the great question was Shall Crane bank be saved or taken over.Ruparelia Group of companies owned by Sudhir Ruparelia was the biggest share holder Crane Bank and Rumor had it that the bank had run broke due to various political figures and businesses not clearing and paying back pending loans which eventually brought about the decline and highly uncertain fall of Crane bank ltd. 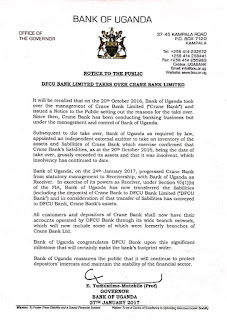 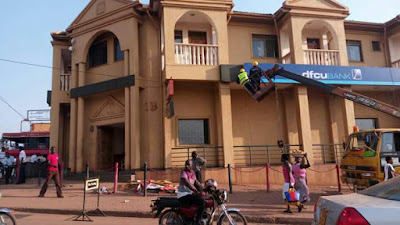 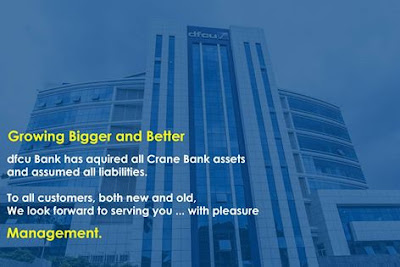 By afternoon majority of crane bank branches had been rebranded with dfcu.This has seen Dfcu bank expand more and be able to serve all its both new and old customers more with the best customer services.