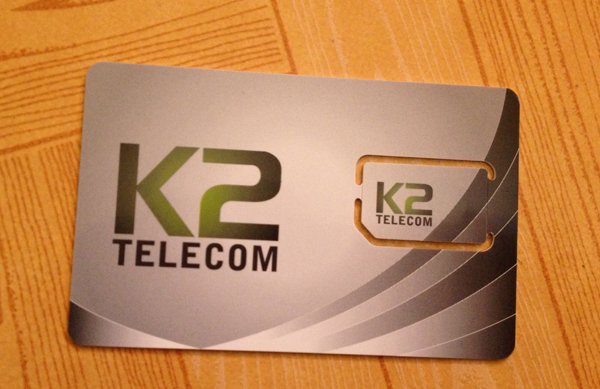 During the orange-ful times before the Africell take over. Buganda Kingdom had a strong partnership with the then 079 network hosting its services and availing an independent telecom company. After a long battle with debts together with ups and lows experienced by K2 Telecom. Airtel Uganda has partnered with Buganda to revive its Telecommunications company with a switch of codes from 0730 to 0708.

The partnership comes at a time when K2 has been struggling to stay afloat, having been closed down by Uganda Revenue Authority in May, over failure to pay Shs28m in tax arrears.

Through the partnership, the Buganda kingdom-owned telecom will now expand its service catalog to include data and mobile money.
The telecom, which was established in 2013, has only been offering voice and SMS services, which have increasingly ceded ground to data and mobile money as the main revenue streams for telecoms.

Speaking during a press briefing in Kampala at the weekend, Mr VG Somasekhar, the Airtel managing director, said K2 services would be hosted on the Airtel infrastructure. However, he did not indicate how long and if the partnership involved any monetary discussions.

Airtel has in the last five years pursued an ambitious expansion plan having boosted its subscriber number with the acquisition of Warid in 2013.
The acquisition put Airtel within reach of MTN in terms of subscriber numbers after years of stagnated growth. As of December 2017, MTN had about 11.3 million subscribers compared to Airtel’s 10 million.

Airtel has had a long history with the Buganda kingdom having been active sponsors of different activities such as the annual Kabaka Run and Masaza Cup, among others.

Mr Godfrey Kisekka, the K2 chief executive officer, said the negotiations, which had been going on for the last two months, will see the two telecoms share a percentage of revenues from K2 operations.

K2, he said, had given itself a target to grow subscriber numbers to at least one million in the next six months.
K2 was previously hosted by Africell, before shifting to Smart Telecom after the two telecoms disagreed over pricing of services.
Airtel and K2 said the partnership seeks to mutually benefit each other as well as expand the reach of the two telecoms and offer reliable services.